Under the auspices of the WWF, the Southern African Sustainable Seafood Initiative came into being last year. It mirrors similar overseas Initiatives of the same caliber. It purports to rate seafood produce in relation to the individual resources or species sustainable strength, recommending to consumers as to whether such resources are in good health and well managed, or over fished, or fully protected to prevent their possible demise. I have great reservations as to its effectiveness, accuracy and practicality. 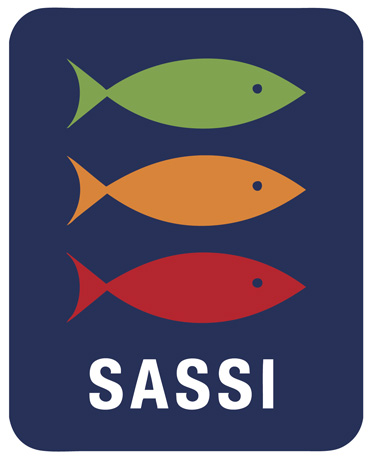 This is not to say that I do not support the overall principle of what they wish to achieve. I am in fact entirely in favor thereof, particularly if it will assist in reducing the illegal catching and sale of fish species that for the most part are under the very real threat of even possible extinction. It is simply that if you are going to influence the public, particularly when claiming to be supported by so many well-known entities, WWF, Nedbank, Marine and Coastal Management etc, you have a duty both to your sponsors and to the general public to make absolutely sure that your facts are correct.

I am, of course, aware that the promoters of SASSI must depend on other bodies for their information. We all know that Scientists, by their very nature, hate to commit themselves, particularly towards the positives of any situation. Asking a Scientist to make a decision on anything, is difficult, and he would certainly rather do it negatively and cautiously than positively. That, after all, is the nature of the beast when you in effect are asking them to play God.

We then come to the rather sad case of the Marine Division of our Department of Environmental Affairs. Here so much is amiss that it is hard to imagine that they are getting very much right, so it is easily understood when they give out incorrect information. This unfortunately results in the ridiculous situation that arises when they issue commercial licenses to catch a species of fish, but then are seen to support SASSI in saying they shouldn’t be caught. Strange conflict and irony there, I must say!

Let’s deal firstly with Harder/Mullet. The Regulations do not allow their capture in estuaries, but they are the same species that are caught in the sea. It is not up to your consumer to know where they come from, but up to the authorities to ensure that illegal fishing in estuaries does not occur.

We are lucky that we have one of the most comprehensive fishing industries in the world. However, it still requires that certain fish be imported, and today certain of these species are becoming common table-fish. One obvious fish is Salmon, and this should surely be on the green list.

What about prawns/shrimp as they are one of the most common and quantitive seafood’s in the whole world.

Further, what about Trout, even though a fresh water species, they should be reflected here.

Sardines and pilchards are different species!

Sand Soldiers are neither commercially caught nor a consumer sought after species and should be omitted. Otherwise you must include all sorts of tiny fish that are not true consumer products.

The same goes for Steentjie.

Tuna; forget about Bluefin. They are neither a product that is imported, nor caught in South Africa! Forget about” pole-caught is better”; this is firstly questionable, and neither the consumer nor the distributor will ever know how it was caught.

Abalone is again a worldwide product and South Africa is lucky to have a small resource of this sought after shellfish. It has to be protected, and South Africa is doing its best to ensure its sustainability in this manner. It is under threat of over-fishing as a result of illegal fishing, but the public choosing not to consume any of it will not help that is side of things. In many other parts of the world it is, and should be here, a good sustainable resource! You surely cannot issue licenses to catch hundreds of tons of it, and then suggest it should not be eaten by choice because it is under threat from illegal activity! The halting of the illegal activity is the sole responsibility of the authorities. The only way the public can help is by not buying stolen goods. This has nothing to do with sustainability as contemplated by this Initiative.

Where you catch Carpenter you also catch Panga. In fact they virtually co- exist, so suggesting that one should be free to be eaten and the other not, would be an unsupportable anomaly like so many others on this list.

They are trawled, and it seems that SASSI wishes to suggest, in common with most of the world’s greens, that trawling is eco-unfriendly. Nevertheless, they support on their Green list a multitude of species that are trawled. It is common knowledge today that trawl fisheries are looking at ways and means to reduce bycatch, so as not to compromise bio-diversity as a result of having to dump a lot of unusable and unwanted product. However, the method of trawl fishing is the most common form of fish harvesting in the world.

I therefore think that it is ridiculous to suggest that Hake are OK; but Prawns and Langoustine aren’t because they are trawled. All trawled fish have a bycatch problem. It is certainly a problem that is going to have to be improved upon considerably to protect bio-diversity in the oceans. I do not, and apparently neither does SASSI, see it as a practice that should be disallowed. If that were to be the case, more than half the hundred million tons of fishery products, yielded up by the oceans as necessary food, would be lost to mankind.

Shad/Elf/Bluefish are one of the most common inshore pelagic species found all over the world. I am not aware of many countries where their commercial sale is prohibited, and, subject to satisfactory recreational restrictions, I see no reason for their commercial catching and sale to be disallowed. I also question the real validity of a closed season. However, if the scientists are adamant that the resource cannot withstand the dual exploitation, then they must appear only on the recreational list, and removed fully from commercial fishing.

King Mackerel (Natal Couta) are more prolific than Queen Mackerel. All in all, although their numbers in both cases have reduced fairly considerably through mans’ depredation over the years, they are still very prolific and I would be inclined to allow both to appear on the Green list. Whatever, I cannot support one appearing on the Orange and the other on the Green!

King Soldier Bream I have never heard of and am unable to identify.

Kingklip are basically a bycatch of the hake fishery, and cannot be untargeted. If you catch one you will catch the other. You can target them in the long-line fishery, but fisheries regulations ensure that this does not occur to any great extent. It is pointless suggesting that the public do not eat a fish that, having been caught, has to be landed!

Marlin may not be sold, according to commercial linefish regulations. What about Pelagic Longline catches then?

The question of Kob, and their remaining resources, is complicated. Again you cannot have it both ways. If you are going to issue licenses allowing to it be caught, then you must accept that management control will ensure its sustainability. So do not put it on the Orange list! Agitate, if its resource level has reduced to that extent, for commercial exploitation not to be allowed! This would certainly probably be relevant in the case of the dusky species, but probably not the others. But, in all humility, I suggest that the fact that, if only limited information is available, this does not entitle SASSI, WWF, or anybody else to make their own assumptions.

I suggest that Rays be left of all lists, as they are not treated as edible in South Africa anyhow.

A certain amount of Skate is caught as an inevitable bycatch, and it seems pointless to suggest this perfectly acceptable protein should be discarded! The same actually applies to nearly all Sharks that are caught as bycatch, with none of those species being believed to be under threat.

In the South African context, I’m not sure what Snappers are?

I believe that the Sole resource in principle is well managed, and can be considered to be sustainable. As to nominating it as an eco- unfriendly, as opposed to the hake fishery, you are already aware of my comments.

Swordfish is a worldwide product from the ocean, and is known in the northern hemisphere, particularly in the Atlantic, to have been over fished! Steps are been taken there to rectify the situation. There is no suggestion whatsoever that Swordfish are been over fished in the southern hemisphere and International controlling bodies endeavor to ensure it is harvested sustainably.

Practically speaking, therefore, from the Orange list, Abalone, Carpenter, Shad, Kingklip, Silverkob, Langoustine, Prawn, Sole, and Swordfish, should all be put back on the green list. Whether or not one should leave the other species on the orange list is debatable in a country where specific licenses to commercially exploit such fish are issued. It creates, in my personal belief, an unfair anomaly for all concerned, rather than, as I have said, agitating to fully protect the species under threat.

One of the anomalies of our fishing regulations relates to inshore species, where recreational exploitation, because of the threat they are under due to over fishing, limits landings to one per person per day. If that is generally the case, which I believe it is, then surely these species should not be allowed to be commercially exploited.

One exception, I believe, should be that of Yellowbelly Rockcod. It is very difficult to allow several species of Rockcod to be exploited, and one not to be, when, to a large extent, they again co-exist. Also they are more often than not hauled up from a considerable depth, and I, for one, do not believe that you can effectively return fish caught at depth back into the ocean successfully.

However, in the case of the rest of the species, I personally would support commercial exploitation prohibition on Dageraad, Englishman, Red Stumpnose, Red Steenbras, Poenskop and Scotsman. I see no problem with these continuing to be allowed to be caught recreationally with the same limit of one per person, and would suggest that the recovery of the Seventy-four has reached the stage where they can be included in this scenario.

The following are either not considered a seafood product by the general public, or are not commercially available, and are irrelevant to what you are trying to influence; Banded Galjoen, Brindle Bass, Knifejaw, Natal Wrasse, Potato Bass, Ragged Tooth Shark, Sawfishes, Spotted Gulley Shark, Springer, and Striped Cat Shark.

Cape Stumpnose is known as Striped or River Bream.

Perch are not River Bream.

East Coast Inshore Rock Lobster refers to a specific inshore species that may not be sold. However, the genuine confusion that arises in regard to offshore lobster suggests that it would be better to simply call it Inshore Natal Lobster, if you believe it is necessary to place it on the list at all.

Come on SASSI, the idea is excellent, but its application is poor. Let’s try and see it corrected which will make its intentions far easier to comply with than at present.

There are no comments